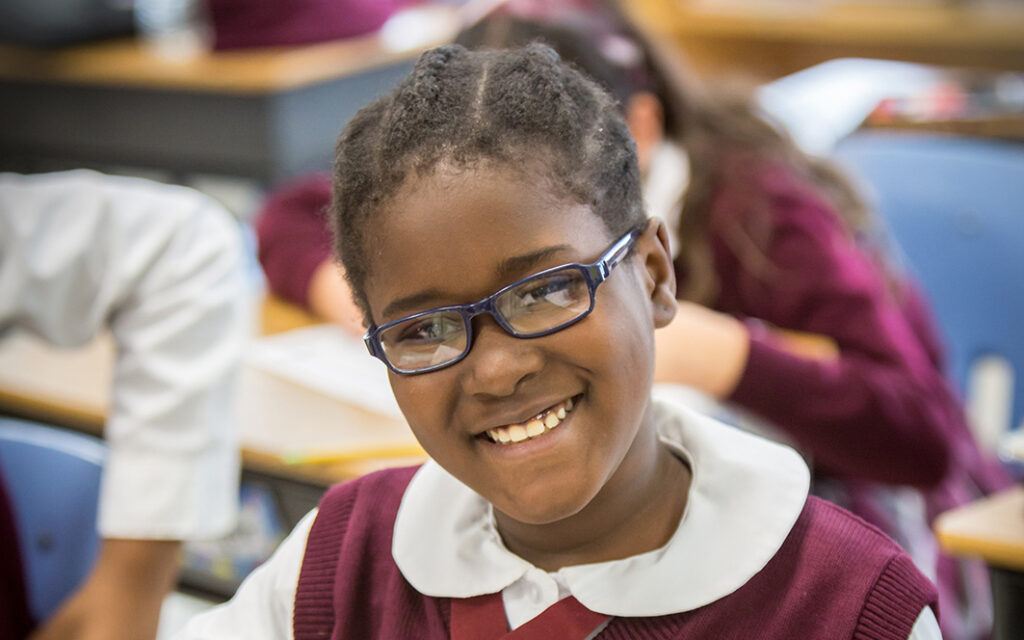 Positive testing trends are also being seen at our two co-sponsored schools—Saint John Paul II Catholic Academy and Trinity Catholic Academy—where spring 2022 testing goals of 5% growth were met or exceeded in all but one testing category, despite the challenges of the last few years.

“Our administrators, faculty, and staff were heroes during the pandemic,” reflects Jim Walsh, President of the Campaign for Catholic Schools.  “Despite tremendous unknowns, our teachers showed up every day to serve their students. Their dedication preserved Catholic school standards of excellence and student performance and, most importantly, will continue to narrate a lifelong success story for our students.”

While public school enrollment decreased during the pandemic, Catholic-school enrollment has risen 4% nationally, even in areas where the number of school-aged children declined. At CCS’s co-sponsored Academies, enrollment is up 6% since last year and has increased by 19% overall in the last two years. As more is learned about the pandemic’s effects on education, one thing seems clear: Catholic school students will reap the benefits of consistent and continued learning both now and into the future.

“…if all U.S. Catholic schools were a state, their 1.6 million students would rank first in the nation across the NAEP reading and math tests for fourth and eighth graders.”